We were excited to experience our first flowering of Amorphophallus titanum in 2018. Affectionately dubbed Peter Grande, the inflorescence began developing in early June and began to open on July 6, 2018. Below are some of our photos taken during the process. Read more about our flowering and the Titan Arum in general in this article. We have also compiled a list of known Amorphophallus titanum flowerings in cultivation. 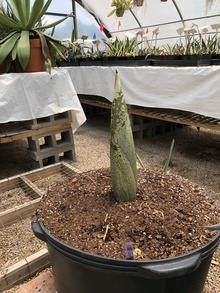 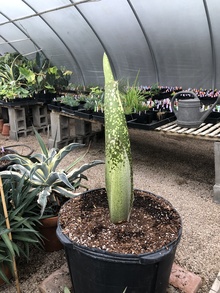 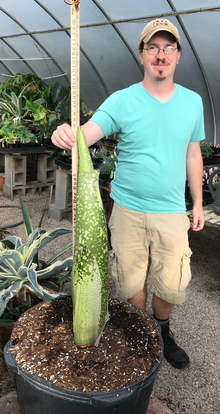 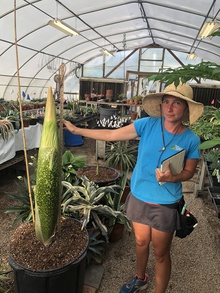 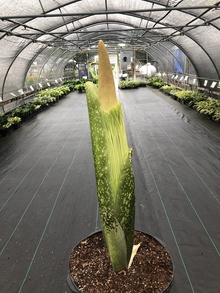 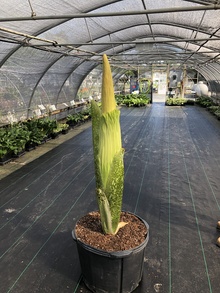 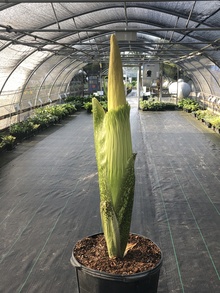 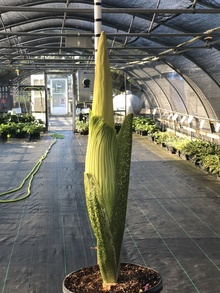 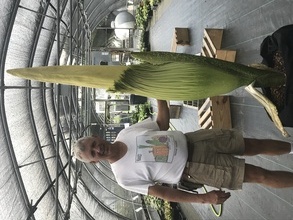 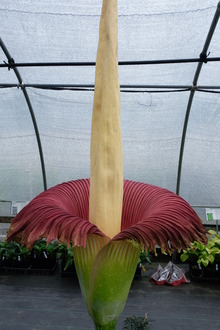 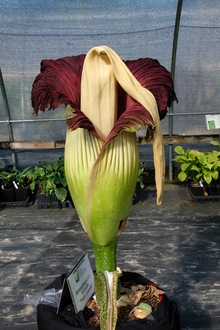